The Machine That Changed History

Dear John,
We had another cold day, wind chills of -35, temperature topping out at +3. But it was sunny, so I raised the shades and let some sunshine inside. The travel ban was lifted to an advisory, but the reality of the roads doesn't always cooperate. Jen got as far as Kimmel and had to turn around and come back home. US 33 had snow, which traffic had turned into that washboard thing, and then ice had covered. 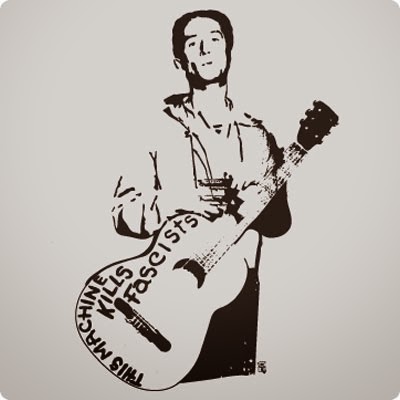 Jen and Bob were going to come and snow-blow the driveway for me, but DeWayne beat them to it with a front loader. I want one of those! It looked like so much fun! He moved all the big snow piles away from the driveway and further into the yard, so there is room now to put the new snow that's supposed to fall every day of the next two weeks.
There is no end in sight. Chris and Heather are getting freezing rain - New Orleans is having a terrible time. And Atlanta was paralyzed by three inches of snow. Meanwhile, Anchorage is having their warmest winter on record. At least our regular winter weather has been accounted for - it ran away to Alaska. 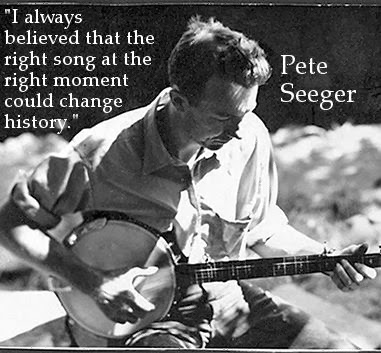 This morning I checked the news on line and found out that Pete Seeger died last night. And I bawled, positively bawled. I've never known the world without him and can't quite imagine it. I wanted to let you know so you can go and welcome him. Keep an eye out for Woody Guthrie while you're there, and give him a hug for me. And tell him that his machine still kills fascists. Pete and Woody changed history. They touched hearts and minds, but even better, they evoked the conscience. We're better for having had them.
Love you so much,
Joan.
﻿
Posted by Joan Lattimore Hockman at 7:39 PM