Dear John,
I'm flaring today so I had to stay home. I'd have had trouble getting to church anyway - we had dense freezing fog until almost 11:00. It's been above freezing most of the day and should be in the 50s tomorrow. I can't wait. I hope to open the windows and air out the house. 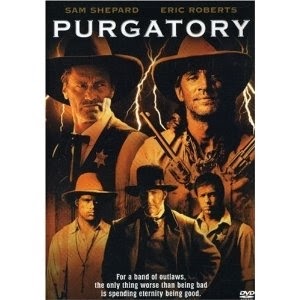 I did something today that I haven't done since you died. I watched two movies on DVDs.  It sounds simple and silly, but I haven't taken that step until today. It always looked overwhelming. And I pulled out all the DVDs and VHS tapes and organized them, which was great fun. There were a few films that we had on both so I got rid of the VHS versions. They're all much easier to find and get to now, so maybe I'll do this more often.
And I know what you're wanting to know: What did I watch? The first thing was Purgatory. I've been thinking about it for a couple of days. And it has Sam Sheppard - you can't beat that. I found it by accident one day. I turned on the television, decided to check it out, and loved it. It's a western, so the good guys are good and the bad guys are bad and the good guys win. But it presents some lovely theological questions, too. I remember showing it to you the day after I found it. You liked it, and we spent hours untangling the theology of it.
Then I watched Drowning Mona. I remember the day that I found that one on television. I saw that it had Bette Midler and Danny DeVito, and that alone made it worth watching. It's one of the funniest films I've ever seen. I wasn't as sure that you'd like it as I was Purgatory, but that was silly. You've always liked dark comedies as much as I did. If the title doesn't tip you off that things are gong to be a little off-kilter, you find it out when they show that still at the beginning about Yugos. And I love it because it's about a group of dysfunctional people that somehow, in a group, matter to function. I've always loved shows like that - that's why I liked Hot L Baltimore, which nobody in the world except me even remembers. But anyway, you did like it, and we had a lot of fun over the years watching it together. 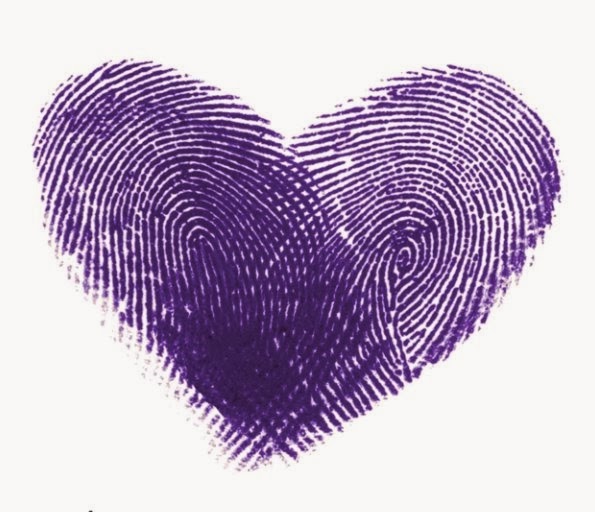 Today I watched both of them alone and had a good time doing it. That seems like more progress, doesn't it? We have some good DVDs and VHS tapes, and it opens up a whole new world for me to feel like I can watch them without you. But I'm not really without you, because I remember when we saw them together. You've been a part of them for years and you always will be. Nothing in my life will ever be without you, anyway. Your fingerprints are all over me. And I like it that way.
I love you so much, you know. I was always happy that we liked the same movies and television. I learned to like golf and you went to yarn shops with me. Since we didn't have that many years, I'm glad we spent what time we could doing things together.
Eager to be with you again,
Joan.﻿
Posted by Joan Lattimore Hockman at 8:37 PM