A Quick Note Before I Cry Myself to Sleep

Dear John,
It's past my bedtime, but I had to let you know. I was making one last check of Facebook 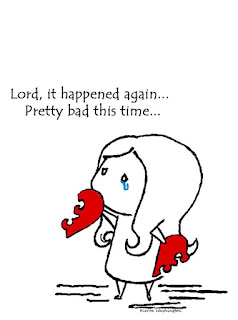 and found out that Alan died today.

It's hit me harder than I would have expected. Of course, we've been friends, and close ones, since way back in 1970 when we were sixteen. We dated briefly but stayed friends ever since. I remember the first high school reunion I went to, when you and Alan met each other.
He's been so happy these last years, since he met and married Marj. They adored each other just like we always did. I'm so glad he had that. And I'm so sorry for Marj, because I know what it's like to lose a love like that.
That's all - I just had to tell you. Please go and be sure Mama knows. She always loved Alan. Be sure she's there to meet him when he arrives. Then go and find a quiet corner, and you and he laugh at all the funny stories about me. He knows some good ones. You'll love it. Give him a hug for me.
Be there when I can,
Joan.﻿
Posted by Joan Lattimore Hockman at 10:32 PM 1 comment: 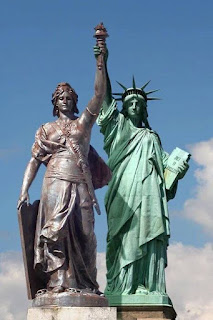 I had lots of other things to talk to you about, but current events trumped all of them. On Friday night, Paris was hit with several coordinated attacks from ISIS. So far there are 129 dead and more than twice that number wounded. Today France bombed several important strategic holds of ISIS in Syria. And we took in the first loads of Syrian refugees in New Orleans and Los Angeles. I do worry about the sanity of the planet.
The outpouring of sympathy and aid to France has been immense, as you can imagine. There are a few isolated voices blaming the victims and charging everybody else with racism. As I said, I'm concerned about planetary sanity. Everybody is on edge, including me, and that is to be expected. Some of it is coming out in general irritability on Facebook, so this evening I stuck my neck out and basically said, "Everybody out of the pool!" I don't want to see a common enemy divide us.
There are lots of discussions of Churchill and Chamberlain - you know, war versus appeasement. I was reading an excellent article about that on Facebook today, when the article disappeared. It was removed from Facebook. I can't imagine why. There was nothing extreme or inflammatory about it. Facebook has occasional censorship spasms that are somewhere between irritating and worrying. This one was also puzzling.
So please pray for all of us - for peace on Facebook and across the world. Maybe this will make people aware of just how serious a threat we are all facing. It's too much to hope for the death of political correctness, isn't it?
Meanwhile, back at the ranch, your little family is fine. I put the winter blanket on the bed today, but not the flannel sheets yet. The dog and cats are fine and happy. The cats all slept on me last night, and when I took a nap this afternoon the dog came and lay on me, all sixty pounds of him balanced on my left side, head to waist, while I slept on my right. I can only assume there was some dread threat he was protecting me from. It was a bit uncomfortable, but I was tired enough to sleep for an hour that way. I wish you could have seen it.
It's bedtime now. I still miss you over there on your side of the bed. Try as he might, Jethro can't replace you.
Miss you,
Joan.﻿
Posted by Joan Lattimore Hockman at 8:30 PM No comments:

And The Vault Came Tumbling Down

Dear John,
The bronchitis went away quietly. While I was sick, I took a break from the computer. I hadn't even checked Pinterest until tonight. I've been keeping up with Facebook on my phone and have only been on the laptop to pay bills. It's been restful. But now I'm back with lots of news for you.
The weather has been lovely. It's November, and it was 72 today. The windows are open tonight, of course - after all, it is me we're talking about. A cool-down is expected over the weekend and these may be our last 70s for the year. But it's been one of the most beautiful falls I've ever seen. Remember how long fall lasted in Durham? It's been a bit like that. And the trees have changed slowly and the color has lasted a long time. 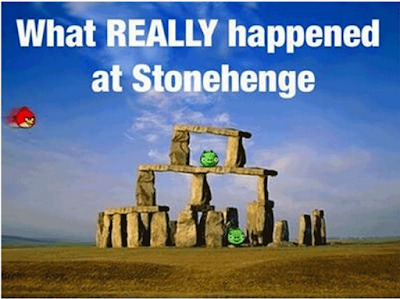 The demolition of the old bank building was more complicated than expected. It turns out that the vault was encased in concrete that had 3/4-inch rebar in a 5-inch grid all around it. They've spend the last two weeks trying to take it out. Today they used a hydraulic circular saw with a two-foot-diameter blade and cut the thing in half. There was running water and lots of sparks flying, and the entire downtown vibrated. Finally there was a thump and the thing broke in half and fell over. It looked like there had been and accident at Stonehenge. People kept suggesting using explosives, but it was right up against the wall of the pharmacy. And we like the pharmacy and don't want to blow it up.
The other big news is that we have a new roof. I mean us - our house. It turns out that Margaret's son has a roofing business. So I got an estimate from him, which was much lower than any other I'd gotten. And he could start on it right away, so it's all done. It isn't metal - I couldn't afford metal after paying $3000 to find out that I don't have breast cancer. But he used Owens Corning shingles that have a thirty-year warranty, and I don't expect to be here worrying about my roof in thirty years. It looks great.
So come and look at the roof! And while you're in town, stop by and see the new bank and the pieces of the old vault. And, of course, come and see me and your little family. You really need to meet your cats. Come cuddle with me and tell me all about your life now. I miss you lots and lots.
Adore you,
Joan.﻿
Posted by Joan Lattimore Hockman at 10:02 PM No comments: